Here’s what IYCA Member Paul Clarke had to say in response to my question about the biggest problem in youth fitness and sport training:

“The major problem as I see it is coaches that advocate and live the mantra of working harder instead of smarter. Invariably this leads to a quantity over quality approach.”

I couldn’t agree more with Paul.

It’s being popularized in a different circle right now, but for roughly ten years, I’ve been saying…

Any fool can make a young athlete tired, but it takes a real COACH to make them better.

My first job out of college was as a Performance Coach at a training center for professional, Olympic and National Team athletes in Canada.

We also did a lot of work with young athletes.

One of my first meetings as a staff member at this facility is a moment in time that I will truly never forget.

The Head Performance Coach was suggesting that we needed to work a touch harder as a group in order to “beef up our v-factor points” for this coming month.

Being new and open to learning as much as I could, I naturally inquired about what that meant (figuring it had to do with some sort of super secret training system!)

“Shocked” and “confused” are the only two words I can think of when I was given the definition.

A “V-Point” was something that each of us Coaches were awarded when we trained a young athlete hard enough so they puked.

You get my point.

But the truly disturbing thing is that here in 2009, a full decade and change later, there are many facilities and Coaches that still live by that mantra.

But Stupid comes to mind.

Blunt, I know, but if we aren’t prepared to advocate for kids and teenagers than what exactly are we doing this for? 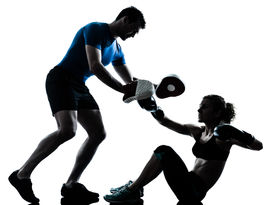